Impressions Left vs Impressions Received: Why Advertising Needs A Shake Up

Impressions Left vs Impressions Received: Why Advertising Needs A Shake Up

It is a common frustration: you are just finishing up your nightly Youtube cycle, enjoying that last playlist before you go to bed, then you are hit with that ad.

You know the one. The ad that you’ve already seen a hundred times before. The ad that is a boring, cut down version of the one you see on TV. The ad that, no matter where you are online, seems to be the only one you’ve seen for a month.

In traditional advertising terms, many people would consider this a success. “That’s perfect,” they would boast. “The ad clearly stuck in your mind. Mission accomplished!”

Well, yes. The ad certainly is stuck in your mind. Every time you see that product, you will immediately associate it with that incredibly annoying ad that seemed to follow you around everywhere. It’s highly likely that you will actually avoid buying that product out of spite for your wasted time.

If the ads purpose was simply to remind you of a product, then it worked. If it was to actually sell the product, it may have done more harm than good!

Ashleigh Hall recent wrote a wonderful piece for Mumbrella on this topic, ‘Online ads need to be about the impression left, not impressions received’. In it, she breaks down the issue of stale content and ad quantity over quality, before examining how the problem has been exacerbated in the digital space.

The way Ashleigh framed the issue was particularly clever:

Think about it in terms of ‘Desert Island Discs’. The long-running radio program asks people to pick the eight songs they would choose to be able to listen to if stranded on a desert island. It’s a great exercise in selecting eight songs you love, but the reality of it is that you’d get sick of those eight songs pretty quickly. So how do you think consumers are going to react when you force the same ad – a form of content they tolerate, rather than love – on them over and over?

It’s true! Seeing the same thing over and over is hard enough when it is something we like, so getting slammed by the same ad in every single television break is going to be even more frustrating. However, the real gem comes from her discussion about how online ads are even more susceptible to this issue.

But what about the internet? Being such a new platform, plenty of people remember the ‘old days’ when the World Wide Web was ad-free. Furthermore, there is no way of ensuring that a consumer only gets 13 to 15 minutes of ads per hour, with some publishers rolling a 15 to 30-second ad after every 30 to 60-second piece of video content they publish.

With the public’s increasing appetite for on-demand video services, this is an issue that will certainly need to be addressed soon before it spirals out of control.

So, after all that doom and gloom, we are left with one question: what do we do about it?

Focusing on quality content is certainly the right approach. Rather than being blinded by the volume of impressions, advertisers need to create content that their audience will enjoy and find genuine value from.

People aren’t stupid – they know when they are being sold something. However, if the content is good enough, they won’t mind. In fact, they will likely react far more positively than they ever would be if they had simply been hammered over the head with the 30-second video over and over again.

Ashleigh gives the example of Netflix’s paid post with the New York Times, ‘Women Inmates: Why The Male Model Doesn’t Work’. Despite being a clear piece of native advertising for the second season of ‘Orange Is The New Black’, it was still a traffic monster which ended up in the top 1.47% of articles published on the New York Times website. This is because it wasn’t just an ad – it was packed with interesting information that left a good impression on the reader.

And this is the crux of Ashleigh’s argument. Strong content will encourage users to engage, regardless of whether it is an ad or not. In the long run, this is far more important than the total number of eyes that have seen the ad:

Sure, you’ll get your numbers if you just repeat the same ad on all your pre-roll, but ultimately the product will suffer, because while you’ll get your impressions, you’ll also be leaving a seriously bad impression on consumers. 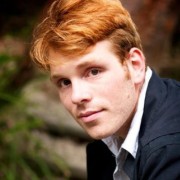 At last – help with your money from a trusted source!

Why some brands can’t be reinvented

Welcome to Matrix – a magazine for our age